Sharing Our Holiday Food Traditions: Breakfast with the Big Man

When I was asked to write about a holiday food tradition that exists in my family I honestly couldn’t think of one. I don’t really have any special holiday recipes that have been passed down for generations nor do I know of anything that requires a “secret ingredient” – at least not one that anyone has told me!

Rather upset by this, I sat in my desk chair and tried to remember something, anything food related from my childhood. Well, my grandmother did make cornbread stuffing, and my brothers and I would always set out cookies and carrots for Santa Clause and his respective reindeer. But there had to be something else. Something that made the holidays special for me growing up. Something that I could share with the Accokeek Foundation Community that encompasses a little piece of my upbringing.

And then it hit me.

I may not have any recipes with secret ingredients or food traditions that stem from my cultural heritage but I do have a special person who I often dubbed my “big man” and who, come 8 am most holiday mornings, was in the kitchen.

Weekends and holidays in my house growing up, I was almost always woken up by pots and pans clanging, the smell of bacon, and The Allman Brothers blasting in the kitchen. As soon as my senses were hit with this combination I would jump up out of bed and run downstairs in hopes of getting the first batch. My dad (who for the majority of my childhood sported a dark brown, wavy mullet) would be putzing around the kitchen surrounded by open gallons of milk, a dusting of Bisquick pancake mix on the counters, and plastic bacon wrappers strewn about. He would often be humming a little tune (usually off beat from the music he was blaring over the stereo) and sipping black coffee from his light blue ceramic mug he rarely washed. When he would see me enter the kitchen, knowing full well that I was vying for the first plate, he would tell me that it would be a few more minutes and I should set the table.

I learned at an early age how to set a table. My grandmother tried to get me to learn a lot of etiquette as a child and I think the concept of “forks go on the left” was the only one that stuck. So on these mornings, I would set the table at lightening speed, pour my brother and I glasses of milk and sit quietly until my dad started to bring out the plates. One at a time, heaping pile after heaping pile of golden brown pancakes accompanied by two slices of crispy bacon would parade out of the kitchen and was placed in front of each one of us as our eyes grew wide with anticipation of the first bite.

But wait, it gets better.

Then out it came, the pièce de résistance, the item that brought our meal from ordinary to extraordinary, one of my dad’s proudest inventions: hot buttery syrup. Which was just maple syrup with a half a stick of melted butter served in a gravy boat but my brothers and I loved it. We would cheer and clap as he set the dish on the table and the sweet smell of the rich breakfast condiment would fill the room. It was the icing on top of the perfect breakfast.

I don’t know if any meal I’ve had in my adult life has ever made me as happy as the days that included hot buttery syrup and pancakes. And while, I started this post fretting about my family not having any food traditions that I could share, the memory of having my “big man” in the kitchen during the holidays and throughout my childhood is something that I now appreciate as my untraditional family tradition – which is how we do most things.

Unfortunately, my dad lost his battle with cancer five years ago and I won’t ever have these kinds of mornings with him again. But as simple as it sounds, it’s the memories of him in the kitchen making pancakes, grilling hotdogs and hamburgers on the Fourth of July, and sneaking cookies from the dessert tray before dinner that bring me comfort. I am also lucky in that those rare mornings I do get to spend with my family, my little brother often takes the reins and cooks up some delicious feast – complete with the off-beat humming.

Food links us all. Whether it is traditional family recipes, meeting a friend for coffee, or baking a cake for someone’s birthday we all have memories and traditions that surround food. And with all the hardships the world faces, it is at least comforting to know that we all can share at least one commonality with each other – everybody eats.

From my family to yours, Happy Holidays. Now, let’s eat! 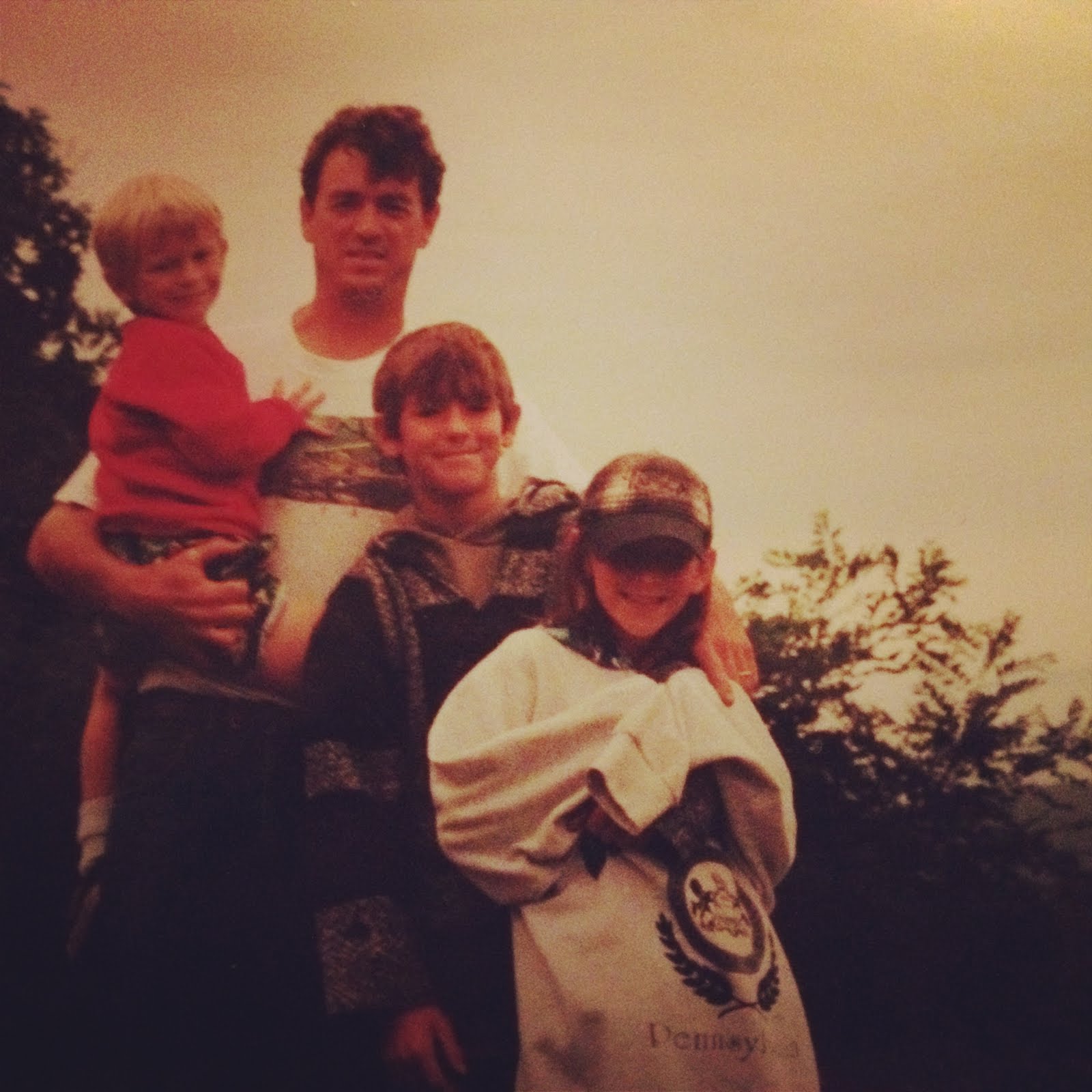 Brittany with her dad and two brothers in Shenandoah National Park, 1994.

The Real-Life Useful Plants Behind the Weeds in Animal Crossing New Horizons
August 31, 2020

Five 18th Century Recipes You Can Make during Quarantine to give yourself a tiny, tiny bit of serotonin
April 30, 2020